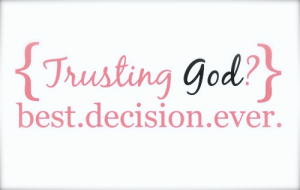 Yesterday came to a sweet end at my ministers-in-training class at church. I discussed something with a leader I respect, and figured out that I wasn’t alone in my “feeling”. Now, while I am learning not to put so much stock in feelings, I know they have purpose. Someone called me “Minister” at church, and because I know this person, my retort was: “my name is Andonnia”. I wasn’t attempting to be insolent, or rebellious, but I serve because it’s who I am. I am also not licensed or ordained, yet, and when that comes…I’m still Andonnia.

When I was in elementary school: I led groups and projects.

When I was in middle school: I attended a leadership academy(program) for three years, lead at my section in choir, led groups and projects, worked as an office worker, one of the lead organizational fundraisers, winner of Miss. FTA, and was president of an organization by 8th grade.

When I was in high school: I led a section in choir, worked in offices, led groups and projects,  went to leadership workshops, won oratory competitions, won a pageant, worked for the chamber of commerce, worked as a youth ambassador to a refinery, got published in a few anthologies, was the highest officer in my drill team, started and choreographed a praise dance team at church, led youth at my church, sang at funerals for family, participated in at least five organizations at school.

When I was in college: I was in as many as 9 organizations at one time, I founded a service organization that is still in operation, Was president of two organizations, vice president of a counsel, I was the student representative to a presidential event a couple of times, I planned campus wide diversity programs, worked for my sorority, sang in the oldest collegiate gospel choir in Texas, wrote my first manuscript, and mentored at least 10 people.

When I got out of college: I asked my Ast. Pastor (while in Florida), why I couldn’t find a shadow. I was tired of leading. I didn’t want the titles or accolades, the responsibility or criticism, I only wanted to help people. I realized that my life will be one dedicated to God’s people, but for once I’d like to know what it’s like to lead from the back. Guess what. I’ll never know that because LEADING doesn’t happen from the back.

I have to suck up some things as it relates to that attitude. This inward feeling projected outward. I won’t shy away from opportunities that allow me to serve God’s people because it goes lockstep with my purpose. BUT, I will always and forever JUST BE ANDONNIA. You can add what you want to the titles and name changes ;), but I am an imperfect young lady growing up to be a champion God chaser. He knows ALL my faults and still sees me worthy to make Him smile.

I am the King's daughter. I am my parents' daughter, a godmother, an aunt, a niece, a sister, a soror, a listener, a hearer & doer, a philanthroservant, a writer, a student, a teacher, a live-right enthusiast, a fail forward live-er, a business woman, a woman after God's heart! ~iLove~

Love this one particularly! Though I haven’t done nearly as much and only really gave my life to Christ 5 years ago I too get called titles I am neither worthy of or earned (yet)..yet I have the same view, when its all said and done I’m just Tony. However, if I am to hold a title I want it to be GOD calling me a good and faithful SERVANT! This is a late response I’m having to play catch up LOL