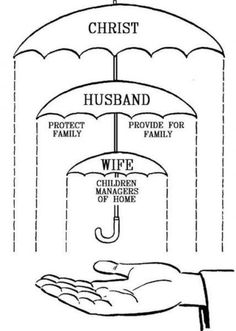 So.. if you have been alive within the last decade or so, there are certain “churchy” statements floating around. ESPECIALLY within the “black” church circles. It isn’t uncommon to hear someone respond that they are “blessed and highly favored”, or that “the Lord isn’t done with me yet” in response to growth. Another increasingly popular church call out for single women references Boaz as their husband to be. I have no problem with the kinsman redeemer who married the widower Ruth, and became father to Obed (Who was David’s grandfather and a descendent of Jesus Christ).I am just a bit frazzled that he is the only husband I hear about. He wasn’t the only husband in the Word!! We can start with the first husband Adam, or start by hopscotching through Genesis with major figures such as Abraham, Jacob, and even pass down to Moses. We could mention men such as Hosea. Why? Because it wasn’t uncommon to be married and a good husband in the Bible. There are a few things we learn from each of these biblical husbands:

1 None of them were perfect

2 GOOD/GREAT Husbands were obedient to Christ, even if they messed up this life thing

Over the course of the next few entries, because let’s be real about our reading limits, I am going to highlight a few good men in God’s word that can be referenced when one seeks an example of a God favored husband. (The fact that they were  married meant they received favor form the Lord according to Proverbs 18:22) Let’s start referencing Forgiven David, or Obedient Hosea, or even Willing Joseph when we call out awesome men. I mean… no one even referenced Job and HIS WIFE was a mess…

Will you grow with me? Can you join in this discovery through the Bible’s tell all on spouses?? Can we handle that NOT ONE of them were perfect? Can we even see some of our own bad habits dealt with and pray the simple, powerful, and sometimes scary prayer: “Jesus, fix me” ? I hope you’ll not only come along… but share this with someone else.

I am the King's daughter. I am my parents' daughter, a godmother, an aunt, a niece, a sister, a soror, a listener, a hearer & doer, a philanthroservant, a writer, a student, a teacher, a live-right enthusiast, a fail forward live-er, a business woman, a woman after God's heart! ~iLove~